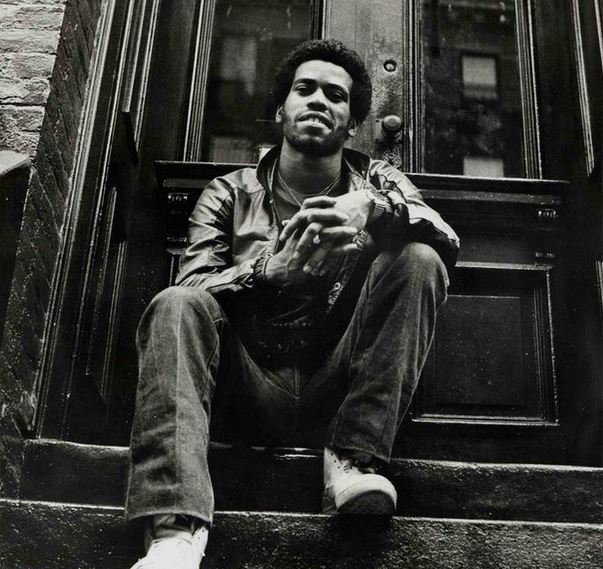 Kurtis Walker (born August 9, 1959), professionally known by his stage name Kurtis Blow, is an American rapper, singer, songwriter, record/film producer, Bboy, DJ, public speaker and minister. He is the first commercially successful rapper and the first to sign with a major record label. “The Breaks”, a single from his 1980 self-titled debut album, is the first certified gold record rap song for Hip Hop. Throughout his career he has released 15 albums and is currently an ordained minister.

In 1979, at the age of twenty, Kurtis Blow became the first rapper to be signed by a major label, Mercury, which released “Christmas Rappin'”.[5] It sold over 500,000 copies.[6] Its follow-up, “The Breaks”, also sold over half a million copies.[2] He was also the first rapper to perform overseas.[dubious – discuss][7][better source needed] He released ten albums over the next eleven years. His first album was Kurtis Blow, while his second was the Top 50 pop album Deuce. Party Time featured a fusion of rap and go-go. Ego Trip included the hits: “8 Million Stories”, “AJ Scratch”, and “Basketball”. His 1985 album, America, garnered praise for its title track’s music video. From this album, the song “If I Ruled the World” became a Top 5 hit on Billboard’s R&B chart. By 1983, he moved into production.[5]

Besides his own work, Kurtis has been responsible for hits by The Fat Boys and Run DMC. Run began his career billed as ‘The Son of Kurtis Blow’. Lovebug Starski, Dr. Jekyll and Mr. Hyde, Full Force, Russell Simmons and Wyclef Jean all have been produced by, or collaborated with, Walker. Former label mates René & Angela had their R&B chart topping debut “Save Your Love (For #1)” was gift rapped by Kurtis. Along with Dexter Scott King, Walker produced his most meaningful production “King Holiday”, a song to celebrate Martin Luther King’s birthday, released in January 1986.

He performed as an actor and in music coordination in several feature films including Leon Kennedy’s ”Knights of the City” and the hip hop film ”Krush Groove”. He was host and co-producer for ”Das Leben Amerikanischer Gangs” (1995), an international film production focusing on the West Coast gang scene. As host and associate producer for Miramax’s ”Rhyme and Reason”, he gave an informative account of the status of hip hop, while he participated in the three volume record release ”The History Of Rap” for Rhino Records in 1998. Kurtis also co produced “Slippin, Ten Years With The Bloods” and won praises from Showtime for being the most viewed documentary in 2003. Kurtis was recently a producer for the Netflix Show “The Get Down”.

Kurtis has spoken out emphatically against racism. He was an active participant in the Artists Against Apartheid record “Sun City”. He worked with Rev. Jesse Jackson’s Operation Push and National Rainbow Coalition in Chicago and with Rev. Al Sharpton’s Action Network in New York City. In 1995, he started working on-air in radio, Power 106, the #1 CHR radio station in Southern California. He hosted The Old School Show on Sunday nights, featuring hits from the past. He also worked for Sirius Satellite Radio on the Classic Old School Hip Hop station Backspin (Channel 46) from 2000-2004.

Beginning in 1996, Kurtis Blow was featured in a hip hop display at the Rock and Roll Hall of Fame. In the same year, rapper Nas debuted at #53 on the Billboard Hot 100 with his version of Blow’s “If I Ruled The World”.The song went on to double platinum. In 1998, the group Next released “Too Close”, in which the music of “Christmas Rappin'” was sampled. ASCAP honored Kurt and Next at a gala affair on May 26, 1999 for having the number one song for 8 months. In 2002, he traveled to the Middle East to tour the Armed Forces bases performing seventeen shows for the troops.

In December 2014, Kurt was the Guest MC for the world premiere of The Hip Hop Nutcracker at New Jersey Performing Arts Center, a well received update of Tchaikovsky’s holiday classic. A national tour of the show was scheduled to launch in November 2015 with Kurtis Blow reprising his role as Guest MC opening the show. The show has presently been up and running with 50-60 sold out performances during the holidays.

As the founder of The Hip Hop Church in Harlem, Kurtis serves as rapper, DJ, worship leader and licensed minister.