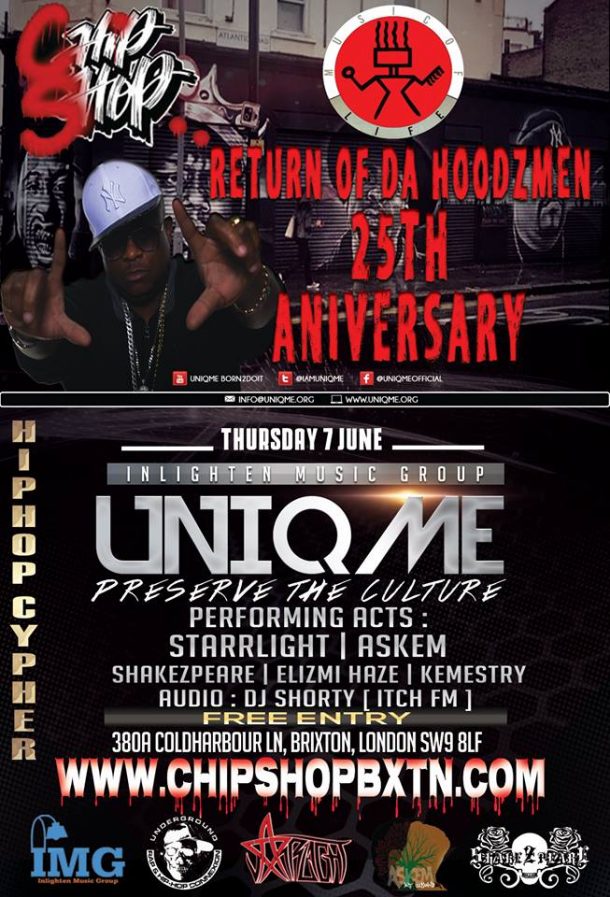 The Chip Shop our partner opened its door for an amazing free event celebrating the 25th years anniversary of the EP Da Hoodzmen that was released in the UK in 1993 under the Music Of Life UK record label and also his achievements as a gold artist.

The show was featuring also artists from different part of the globe: